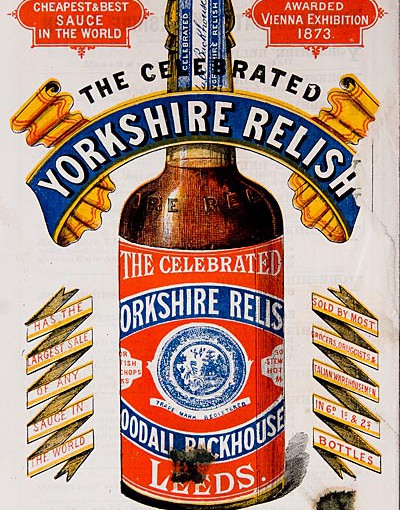 Mary Evans’ reputation as purveyors of the quirky and unusual was given a boost last year with the welcome addition of the Maurice Collins Collection to the library’s offerings. A cornucopia of gadgetry and bizarre inventions, Maurice’s unique collection is a celebration of technological advancement, manufacturing prowess and rampant consumerism over the 19th and 20th centuries (not to mention a heavy dose of Victorian eccentricity). Among the thousands of peculiar and often dubiously useful objects Maurice has collected over the years are such curiosities as hen peck protectors, adjustable skirt lifters (to protect long hemlines from muddy puddles), bed linen smoothers, cricket bat string applicators and chewing gum holders. We thoroughly recommend whiling away an hour or so browsing his fascinating collection online. Click here to see the entire collection.

In the first of a series of contributor interviews, we talked to Maurice to find out more about his fascinating hobby and collecting habits.

How did you start your collection?

I began collecting when my children were younger in the 1970s. My daughter was handicapped, and in order to spend time with my son, we used to go bottle digging on old Victorian rubbish tips to see what we could find. We uncovered pot lids, old bottles and I recall finding a particularly unusual bottle – a genuine Hiram Codd mineral water bottle, with a pointed bottom and a marble in the neck to stop the contents’ gas escaping and the drink going flat. That was the beginning and I’ve been collecting ever since.

What is the scope of the collection? What are the qualifications an item must have to be included?

I look for anything unusual or something I simply like the look of. They might be every-day items for their time, though seem curious in retrospect. But the main rule I have is that the majority of objects fall roughly within the century from the time of the Great Exhibition in 1851 to the Festival of Britain in 1951. The collection now numbers around 2000 individual items, and they are catalogued in so far as they are stored eight to a box, with a description of each piece.

Do you have a favourite particular piece?

It’s my clockwork teasmade dating from 1902. The Science Museum have one in their collection. Other than that I’m intrigued by security devices, such as traps in coat pockets against thieves, or products that were powered by clockwork. Also escape items – I have button or collar stud compasses, or compasses disguised as razor blades, used by the RAF during the Second World War.

And a preference for a particular period?

I admire the aesthetics and design of the 1930s and the Bauhaus movement, but for sheer variety and invention, the gadgets of the late 19th century take some beating. Some were essential advances to improve the health and well-being of the population such as Royal Doulton’s water filter or the Jennings toilet as shown at the 1851 Great Exhibition (George Jennings invented the first public flush toilet). There are other gadgets that demonstrate society’s increasing quest for comfort and ease such as car seat heating or coachman’s belly warmers. Others are just plain bonkers such as a tin of South-end air you could send as a refreshing alternative to a postcard!

Where do you find your treasures?

What is the most recent acquisition?

A clockwork alarm from around 1820 consisting of a small clock connected to a bell and ratchet. It is very beautiful and the mechanism is very effective.

As an inveterate collector yourself, are there other collections you admire?

It has to be Robert Opie and his marvellous collection of advertising, packaging and brand ephemera.

And do you collect anything else other than gadgets?

I have a sideline collection of ephemera consisting of graphic design material, adverts and posters, particularly a major collection of WWI and WWII posters. I was a compositor and then owned my own printing business for a number of years, so am naturally drawn to this sort of material.

What projects have you got lined up for the collection?

I have always lent objects to museums and for exhibitions – any fees are donated to disability charities. I will be at the Gadget Show in Birmingham this year (the show runs from 31 March to 3 April at the NEC) showing a selection of objects. I have written books based on the collection (Ingenious Gadgets and Eccentric Contraptions) and have another planned.

What do you think your collection tells us about society over the past two centuries?

It’s commonly assumed today that we buy and own too much stuff. But there is a rationale behind this and that is that society is dependent on the production and sale of goods. All wealth is created by someone buying something over a shop counter which in turn means that people are buying products, meaning employment, which allows taxation, which is then spent on the infrastructure of a democratic society, from health, roads, education and even the preservation of our past through provision of museums. It is a principle of economics that has remained constant over the centuries. My collection of objects and gadgets, whether life-changing, ground-breaking, totally pointless or utterly obsolete, represents this perennial rhythm of industry and consumerism.