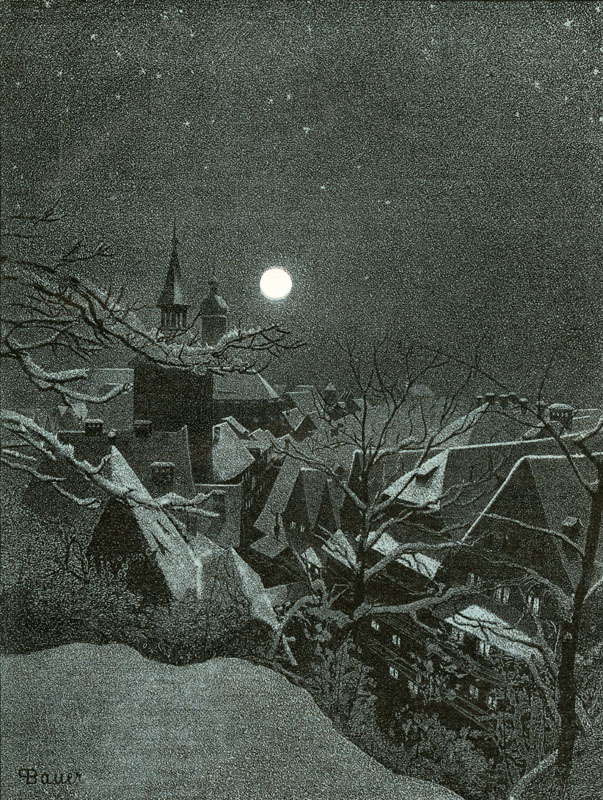 When the Christmas Eve snow silenced the traffic
that screamed through our village,
mother and I, stolen chocolate and
frowning school report forgotten,
trespassed with present opening thrill
into the middle of the highway
and thumbing our noses at the muzzled motors,
danced with Isadora Duncan abandon,
accompanied by the wild flurry of an agitated snow globe.
Then organic as a musical, I suddenly began to trill
â€˜’I am the lord of the dance”;
the gold of mother’s â€˜’How clever you areâ€˜’
as if I’d spontaneously composed
the drilled piece from my school’s repertoire.
Catching the song, she and I sang and danced
in the harmony of our own â€˜’White Christmas”.

Fiona Sinclair lives in Kent with her husband. Her work has appeared in numerous publications. Her first published pamphlet was Dirty Linen (2010, Koo Press, Scotland). Two pamphlets followed this: A Game of Hide and Seek (2012) and Wonderland (2013), both with Indigo Dreams Press. Her first full collection was Ladies Who Lunch (2014, Lapwing Publications, Belfast). Her sixthÂ  pamphletÂ was Slow Burner (Smokestack). Fiona will be launching a new online poetry magazine, from the edge poetry, in January 2019. Her seventh collection, The Time Travellersâ€™ Picnic, will be published by Dempsey & Windle in March 2019.