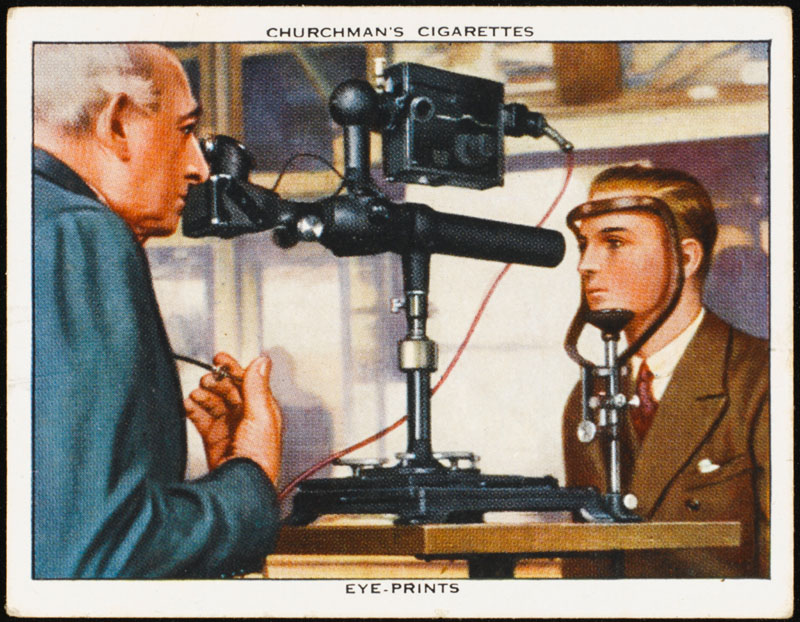 An Image on the Retina

at the second poleaxe blow.

beside a smeared and spattered wall.

But does its retina retain a pinhole

replica of abattoir and butcher?

such latent images as indisputable

They demand no effort on the victimâ€™s part

whereas the hired assassin must take pains

to memorize a snapshot likeness then locate

their quarry in a crowd â€“ as salesmen learn

to spot a prospect they can fix their sights on.

they always keep their eyes upon the future, knowing

most of us look back too often at ourselves

mirrored in opinions and shop windows.

If our mirrors soaked up what they saw

then, when one breaks, the trapped reflections

of fortune-tellerâ€™s cards to spill the past

instead of spelling out the future.

not about our latest wrongs so much

as what we could have been and werenâ€™t. Reflected truth

and lovable. And that weâ€™ve wasted both.

Michael Bartholomew-Biggs is a semi-retired mathematician but still-functioning poet.Â  He lives in London where he has for twenty years been a co-organiser, with Nancy Mattson, of the reading series Poetry in the Crypt.Â  He is also poetry editor of the on-line magazine London Grip.Â  He has published five poetry chapbooks and four full collections, the most recent being The Man Who Wasn’t Ever Here (Wayleave Press, 2017), a speculative poetic biography of his Irish grandfather – and Poems in the Case (Shoestring 2018), a hybrid of poetry collection and murder mystery set in a writing retreat which features poems in ten different voices.