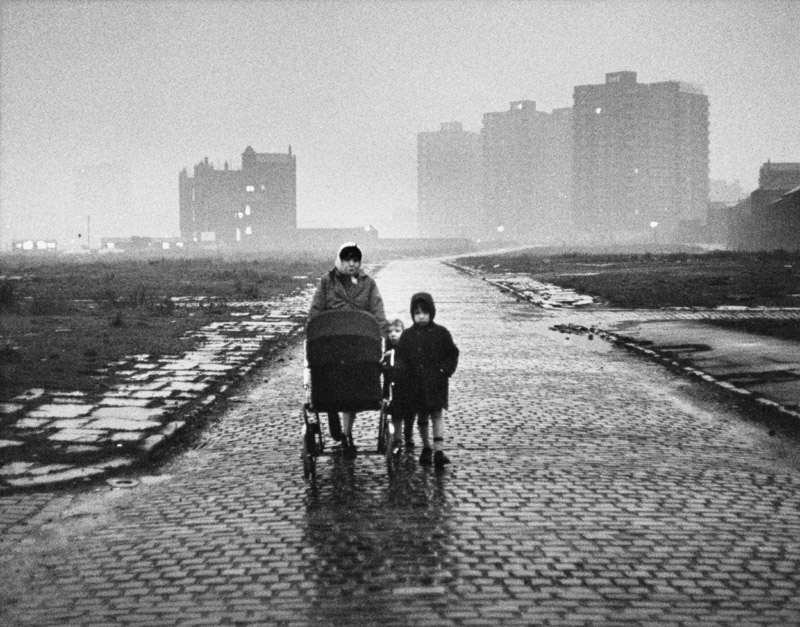 The roadâ€™s still there, stretching out behind
them like a river of light that curves
towards the optimistic blocks of flats
and away from the wrecked mill.

The pavements persist on both sides.
Their hopscotched slabs glisten in the rain.
The houses have gone. Their house-dust still
falls onto the mud and weeds. Somewhere
thereâ€™s a plan, lines drawn across the map
of front rooms, birthdays and back alleys
that makes all this happen.

The figures in the foreground – mother, two kids,
a pram – are stalled by the surprise of a camera
pointed at them, refugees fleeing a war zone.
Only the small boy, squashed between pram
and brother, dares to be curious, out-stares the lens.

The camera does not know your mother wonâ€™t
recall the photo being made. Sheâ€™ll live in a sparse
comfort. Sheâ€™ll leave your father. Your brother will
die. That road will be ripped up, sold off for
paths and driveways.