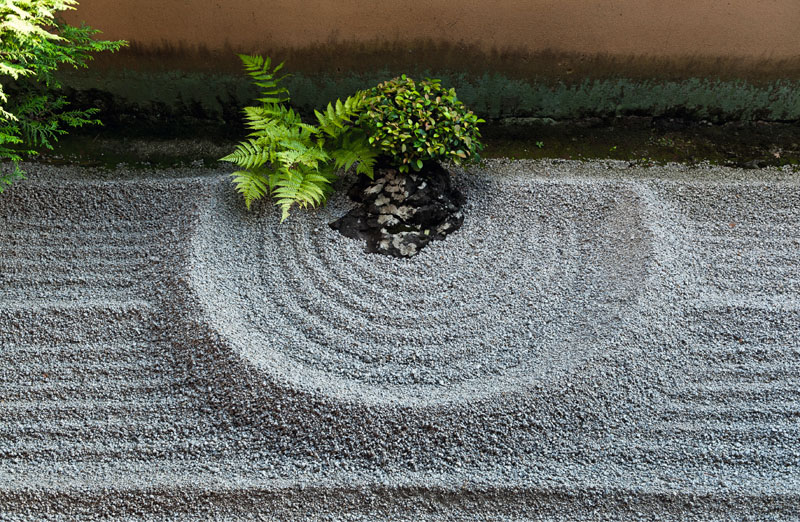 If I’d been a garden

I’d have put down

of a rake at sunrise,

in circles formed in stone.

I’d have been bamboo

gravel made to look

Shirley McClureâ€™s first collection, Whoâ€™s Counting?, was published by Bradshaw Books in 2010 and her second collection, Stone Dress, by Arlen House in 2015. Her poetry was widely published in literary journals and she won numerous awards, including Listowel Writersâ€™ Week Originals Poetry Competition 2014, the PENfro Poetry Competition 2015 and runner-up in the Patrick Kavanagh Award 2009. Shirley also taught creative writing with a particular interest in writing and health. After her untimely death from cancer in September 2016 her publisher, Alan Hayes of Arlen House, invited her friend Jane Clarke to edit a New & Collected Shirley McClure, including Shirleyâ€™s two published collections, together with 31 beautifully poignant new poems, due to be published under the titleÂ Origami DollÂ on 1 May 2019.