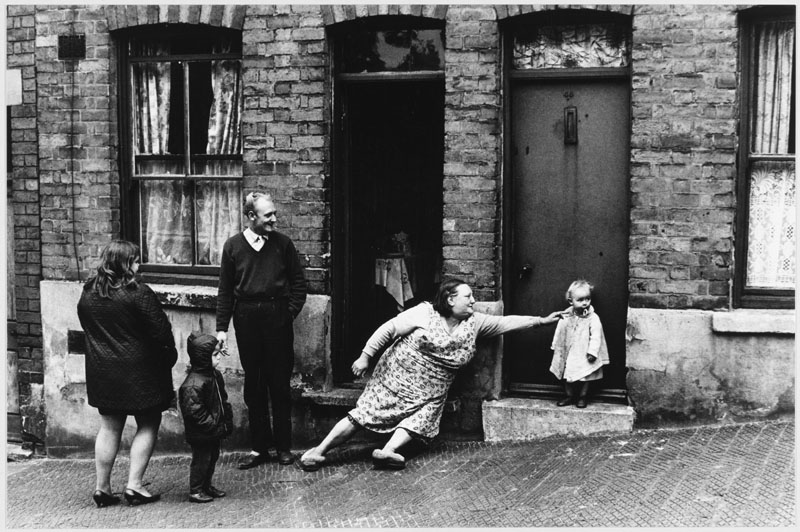 The child in the white coatâ€™s thinking of

making a run for it up that rain wet hill.

The mother reaches for her without standing

up, assumes the posture of a fallen tyrantâ€™s

statue whilst her slippers grip the steep

pavement in the heroic posture of Sherpa

She is a tiny colossus spanning the gulf

between the two front doors, between

two worlds.Â  In that other world a family

look on in erect wonder at the sprawled

mother, the caped child. Is she drunk and

are there Christmas decorations in the

windows above the front doors?