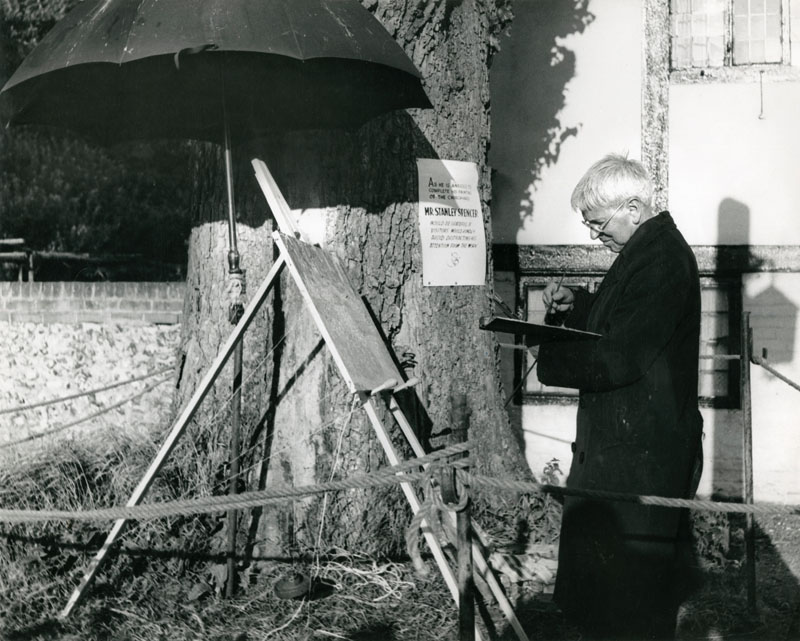 He too stood here once, on this very spot,

Tombs leant towards him in the soft summer

as the dead woke in their vaults, unquiet,

hungry for an afternoon such as this,

when jackdaws stalk the grass. Now his relics

lie under glass in the gallery: specs,

wanting to touch the miracle of hands

which have worn death yet stay warm. And here stands

to those crowded scenes of resurrection â€“

how, hour on hour, he painted loveâ€™s return.

Rosie Jackson has won many awards for her poetry, including first prize in the Stanley Spencer Poetry competition 2017, first prize at Wells 2018, and second prize at Torbay 2018. Her pamphlet What the Ground Holds (Poetry Salzburg, 2014) was followed by her collection The Light Box (Cultured Llama, 2016) and her memoir The Glass Mother (Unthank, 2016).Â Rosie has taught at the University of East Anglia, UWE, Nottingham Trent, and runs writing courses in Frome, Somerset and Cortijo Romero, Spain. Her poetry has been published in Acumen, Ambit, Frogmore Papers, High Window, Scintilla, Tears in the Fence, other journals and anthologies, set for GCSE, and used for a sculpture by Andrew Whittle in the grounds of a Dorchester hospital. In 2017 she was a Hawthornden fellow. A collection of poems about Stanley Spencer and his first wife Hilda Carline, Two Girls and a Beehive, written with Graham Burchell, will be published by Two Rivers Press in April 2020:Â ‘An impressive and original collection, varied yet unified.â€™ (Anthony Thwaite). Â www.rosiejackson.org.uk