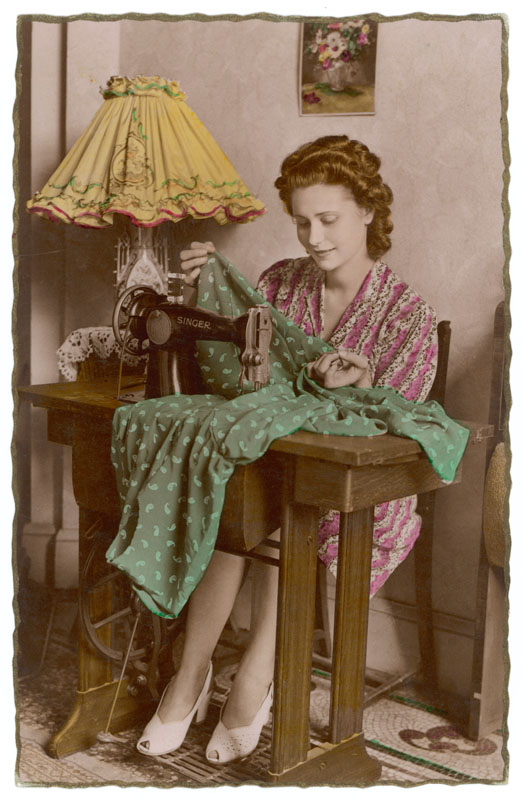 Along Rue LacÃ©pÃ¨de, a window on shoes

and leather belts. Inside the door,

A man, at a counter, lays aside his work,

displays shoes he makes himself

â€˜Pelureâ€™ is the word that he suggests,

offering to fit a waist. I think of live calves.

Vellum. The Book of Kells. My father

choosing a bellyband for a horse

There, tools are clipped on a wall.

on a black sewing machine,

the invention, shows the needleâ€™s eye.

Thereâ€™s my mother at the table

her mouth full of pins,

rat-tat-tat of the silvery metal foot

The needle drills a long seam

to sew a new dress, a summer shift,

a dancing skirt in green poplin,

cascades onto the floor,

a waterfall spilling from a bolt

across the table. All business,

new words drop from her lips,

Catherine Phil MacCarthy was born and grew up in Co. Limerick and studied at University College Cork, Trinity College Dublin, and Central School of Speech and Drama, London. She taught at Waterford Institute of Technology (WIT) and at The Drama Centre, University College Dublin, before turning full-time to writing in 1999. She lives in Dublin. Her collections include The Invisible Threshold (2012), Suntrap (2007), the blue globe (1998), This Hour of the Tide (1994), and One Room an Everywhere, a novel, (2003). She is a former editor of Poetry Ireland Review (1998/99). She received the eighteenthÂ Lawrence Oâ€™Shaughnessy Award for Irish Poetry from the University of St Thomas Center for Irish Studies at St Paul, Minnesota, in April 2014. Other awards include an artistâ€™s residency at Centre Culturel Irlandais in Paris during the Spring of 2013; theÂ Dromineer Literary Festival Poetry PrizeÂ in 2012, judged by Fiona Sampson and The Fish International Poetry PrizeÂ in 2010, judged by Matthew Sweeney. She worked as Writer in ResidenceÂ for the City of Dublin (1994), and at the Department of Anglo-Irish Literature, University College, Dublin (2002) and she tutored in Poetry and Creative Writing at Irish Writers Centre; Institute of Art, Design & Technology, Dun Laoghaire; and at St Patrickâ€™s College, Dromcondra. Readings include Poetry Festivals in Ireland and abroad and also at Irish Studies Centres: Glucksman Ireland House, NYU; Villanova University; Boston College; University of Massachusetts at Boston; and Concordia University Montreal. Â www.catherinephilmaccarthy.com