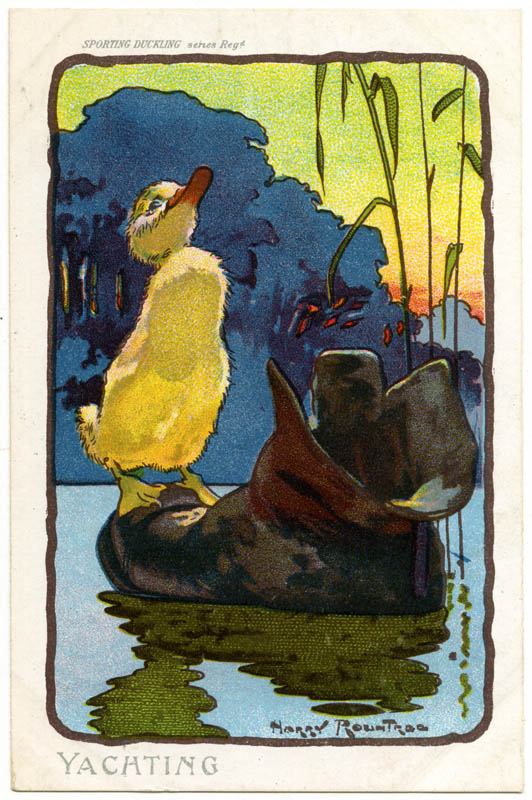 Certain bird species will imprint on the first moving stimulus they see around 14 hours after hatching – sometimes humans or inanimate objects like boots.

What have we hatched together?

Touched in that critical spell

independent of the consequences of your behaviour

(for I have seen you stamp on tiny livings)Â  –

Where are your boots, and what is inside them –

lifting them up and down,

reaching into the toe box.

until they are not boots

or you are not the boots but

Are you wearing a yellow jacket

or am I forcing it on you?

If this is captivity please keep me safe.

Can I be a spot under your wing

or the speech marks round your latest passion

or at least original?

I’m learning to covet your disregard.

Feed me a foot, teach me the prettiest route –

When we get there will you lay?

Sarah Westcottâ€™s first collection Slant Light (Pavilion Poetry) was highly commended in the 2017 Forward Prizes.Â Her pamphlet Inklings was a Poetry Book Society choice. Her poems have appeared in magazines including Poetry Review, POEM and Magma, on beermats, billboards and buses, and in anthologies including Best British Poetry. Recent awards are first prize in the London Magazine poetry prize, Poets & Players and the Manchester Cathedral poetry prize. Sarah grew up in north Devon, on the edge of Exmoor, and lives in Kent with her family. She teaches poetry at the City Lit in London and is working on her second collection.