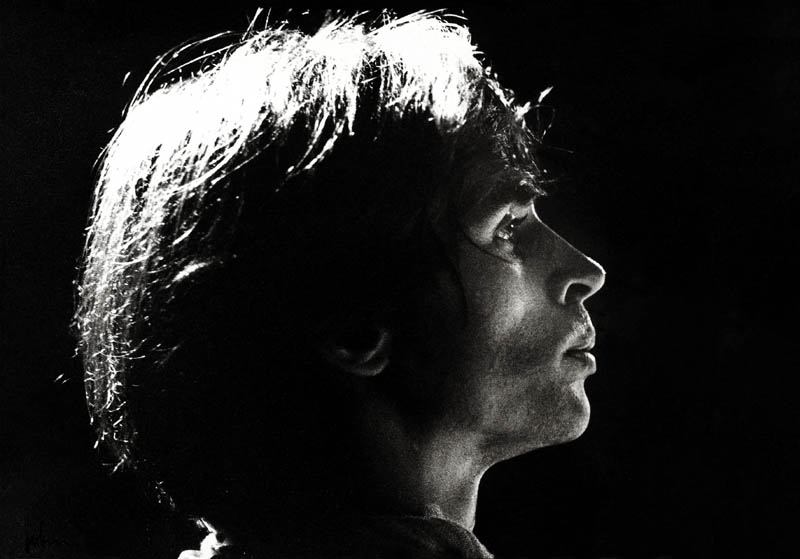 Lilacs from the Field of Mars

Bringing armfuls of lilacs from the Field of Mars

bought by the shimmering bolt they have seen carried

to the costumierâ€™s in the neighbouring street. Once in place

they must brave the babushkas who sit in the dusky corridors

of the old theatre knitting, darning the dancerâ€™s shoes

holding the block in the satin where blood has soaked into cloth.

The hidden flowers rustle as they walk and when inside

carefully over the balcony and down to the blind box

and then fall in a lilac shower â€“ flowers warmed

by the thighs of girls as offerings for the young god.

Maureen Boyle studied English and History at Trinity College, Dublin, and in 2005 was awarded the Masterâ€™s in Creative Writing at Queenâ€™s University Belfast. She has won various awards including the Ireland Chair of Poetry Prize and the Strokestown International Poetry Prize, both in 2007, and in 2013 she won the Fish Short Memoir Prize.Â  She has received support from the Arts Council of Northern Ireland in the form of Individual Arts, Aces and Travel Awards. In 2017 she was awarded the Ireland Chair of Poetryâ€™s Inaugural Travel Bursary for work on Anne More, the wife of John Donne. In November 2018 this poem was runner-up in the Coast-to-Coast Single Poet Competition for a stitched limited edition, created by the artist Maria Izakova Bennett. In January 2019 a long poem, â€˜Strabaneâ€™, was broadcast on BBC Radio 4 in â€˜Conversations on a Benchâ€™, and has just been published by Arlen House Press, Dublin, with photographs by Malachi Oâ€™Doherty. Her debut collection, The Work of a Winter (Arlen House, 2018), is in its second edition. She taught Creative Writing with the Open University for ten years and teaches English in St Dominicâ€™s Grammar School in Belfast.