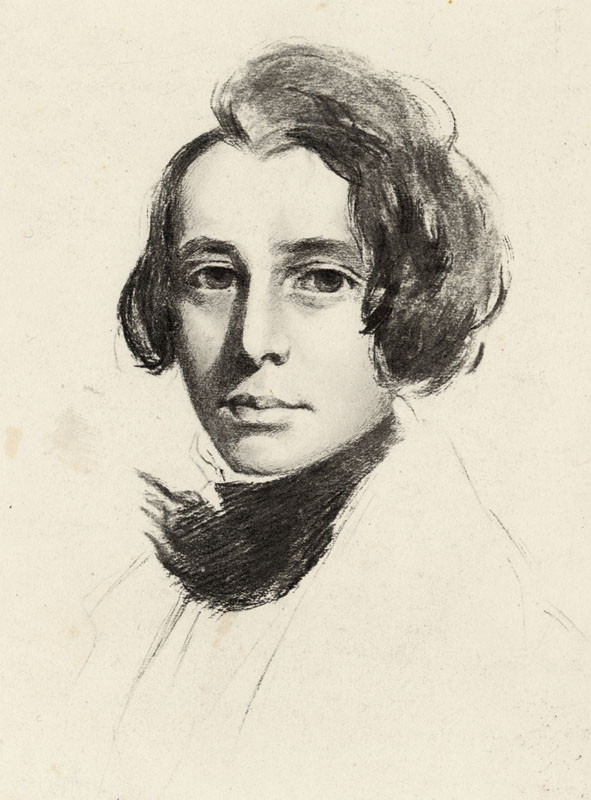 Bombs, cranes made his grand houses

but not their narrow first door,

Dickens set up his desk.

She counted out the eggs.

The basement stairs could break knees.

Charles frowned across the garden

sweet salvage of her life.

â€˜What Shall We Have for Dinner?â€™

The house for fallen girls.

His favourite child was Katey,

to snatch the frail reading desk

her father chose to burn.

Behind his tallest, last house,

with Catherine packed away

he lit his bundled letters.

The profile of his actress

ash whispers to the sleet.

Alison Brackenbury was born in 1953, from a long line of servants and skilled farm workers. She grew up in a small Lincolnshire village. Forty years ago, she moved along the limestone to a small Gloucestershire town. She is, or has been, a metal finisher, Oxford student, technical librarian, erratic bookkeeper, often neglectful parent, impoverished horse owner and grassroots political activist. Despite, or because of this, Alison has published ten poetry collections. Her work has won an Eric Gregory Award and a Cholmondeley Award and has often featured on BBC Radio. Her 2016 Carcanet collection, Skies, was one of The Observerâ€™s Poetry Books of the Year. Gillian Clarke, former National Poet of Wales, wrote: â€˜Alison Brackenbury loves, lives, hymns and rhymes the natural world and its people like no other poetâ€™. Alisonâ€™s newest collection, Aunt Margaretâ€™s Pudding (HappenStance Press, 2018), celebrates her grandmotherâ€™s life, courage â€“ and cooking. It was the basis of a BBC Radio 4 programme, What Sweetness Touched Your Tongue? Gallop, her Selected Poems, was published by Carcanet in 2019. Alison is an enthusiastic releaser of poetry into cyberspace, via Instagram, Facebook and Twitter (@ABRACKENBURY). New poems can be read on her website.

In 1851, under the name of Lady Maria Clutterbuck,Â Catherine published a book of meal plans: What Shall We Have for Dinner?

Is She his Wife? is the title of an early play by Dickens.

Dickens had a desk built for his reading tours. When illness forced him to stop, he planned to burn this.

Catherine and Charles Dickens had ten children. DickensÂ separated from his wife in 1858. In the last years of his life, he had a secret relationship with a young actress, Ellen Ternan.

â€˜I have no more to sayâ€™ is the final sentence of a letter from Dickens to his publishers, Evans and Bradbury.Â He quarrelled with them over their support for Catherine.