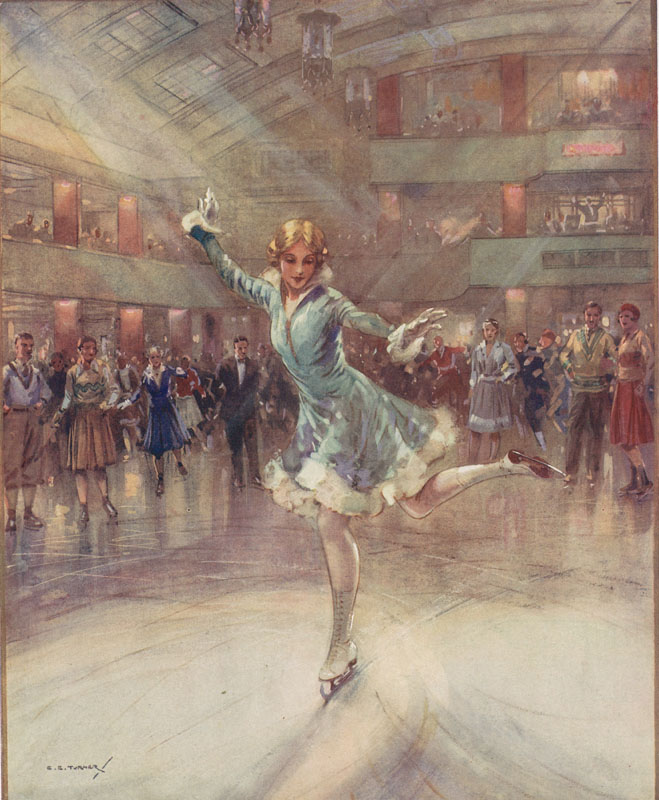 The Grace in a Metal Blade

For once it’s not her blonde hair

that’s gathering a crowd, but

the curve of tension in her calf,

the line and shape of her arms,

the angle at her knee,

the extension in her foot,

the other foot just tilting

into an outside edge,

one smooth line carved into the ice.

The flounces on her fur-trim

She’s not fixed on the crowd

but focused on the way

light plays across the ice,

the friction-free ease of movement.

When the session’s done

and she steps from ice to floor,

at the effort it takes to walk.

Emma Leeâ€™s poetry collections are The Significance of a Dress (Arachne, 2020), Ghosts in the Desert (Indigo Dreams Publishing, 2015), Mimicking a Snowdrop (Thynks Press, 2014) and Yellow Torchlight and the Blues (Original Plus, 2004). She co-edited Over Land, Over Sea (Five Leaves, 2015), and curated Journeys in Translation. Emma Leeâ€™s poems have been translated into Chinese, Farsi, German, Greek, Italian, Polish, Portuguese and Romanian. She is Reviews Editor for The Blue Nib, and reviews for magazines and blogs at http://emmalee1.wordpress.com. Her short stories have been widely published in anthologies and magazines including Story Cities (Arachne Press), Gentle Footprints (Bridgehouse Publishing, UK) and Extended Play (Elastic Press, UK). She has performed at The Poetry Cafe in London, all three Leicestershire universities, and at LCFC, amongst other venues.