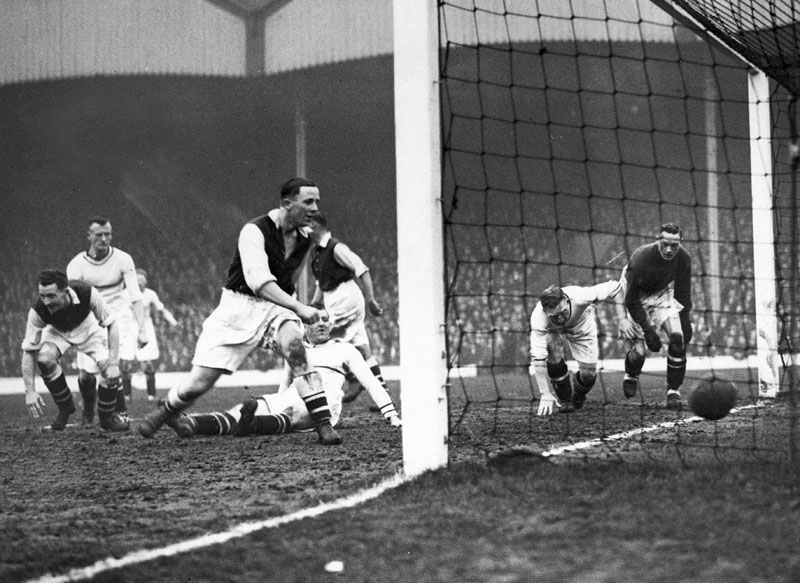 Woodbines in his pocket. He blows

towards the goalmouth, waves his cap

as the ball spins high into the net.

I finger my claret and blue scarf,

flap it round my neck, heart thumping.

The home team thunders up the tunnel.

I put names to faces and Dad smiles.

for two bus journeys there and back

and a ye-ss when Villa equalise against

the run of play, go ahead in injury time.

switch to gold when fog muffles the pitch.

Dad coughs a little, and I clasp his arm.

Sheila Jacob was born and raised in Birmingham, and lives with her husband in North Wales. She resumed writing poetry in 2013 after a long absence. She’s had poems published in Sarasvati, Reach Poetry, The Dawntreader, The Cannon’s Mouth, Clear Poetry and The Blue Nib, amongst others, and on various webzines including Atrium and The Poetry Village. In March 2019 she self-published a chapbook of poems, Through My Father’s Eyes. The poems form a tribute to her father and his working-class upbringing in Birmingham.