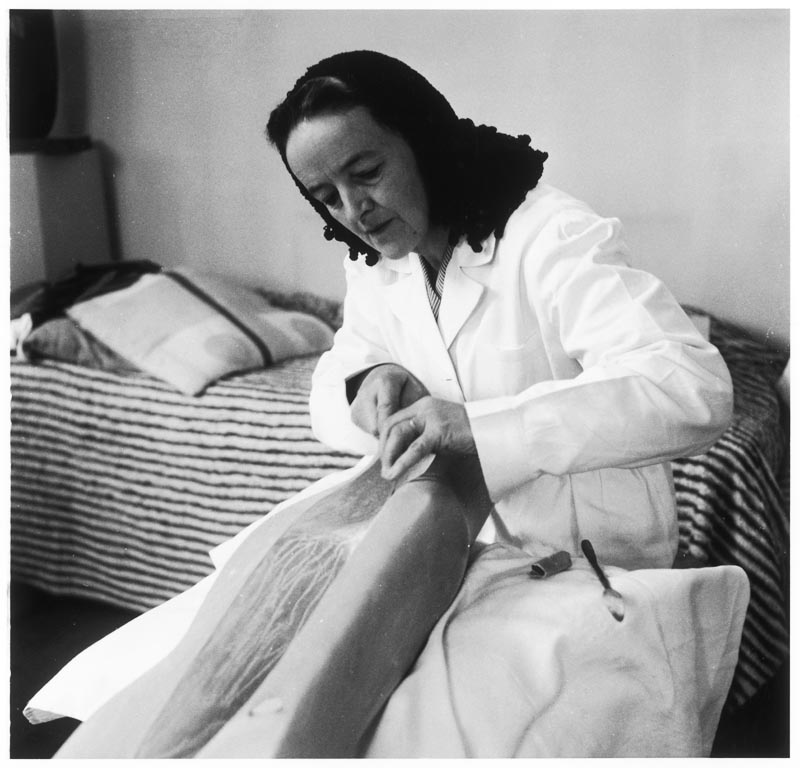 I Carve to the Beat of the Heart

From her high window
an arc of blue
almost Aegean
where white gulls circle
and mew against
a canvas of Cornish light.


Below an oasis of shadows
palms and mirroring pools,
a garden
where sculptures grow like trees;

an ochre jacket, overalls stiff
with dust, still expectant
behind the greenhouse door
mallet, chisel, drill,
the paraphernalia of a masonâ€™s art
seem only momentarily set aside.


On her bench a block of stone
white, unhewn, waits
in perpetuity for her hands

In the silence
her heartbeat,
the punctured cry of gulls

Sue Hubbard is an award-winning poet, novelist and freelance art critic, with an MA in Creative Writing from the University of East Anglia. She is twice winner of the London Writers Competition, with a third prize in the National Poetry Competition. Her publications includeÂ Everything Begins with the SkinÂ (Enitharmon),Â Ghost Station,Â The Forgetting and Remembering of AirÂ (Salt), andÂ The Idea of IslandsÂ (Occasional Press).Â Swimming to Albania, her fourth collection, is due from Salmon Press, Ireland, in October 2021. Twenty of her poems were included inÂ An Anthology: Carcanet 2000. Her poetry has been recorded for The Poetry Sound Archive, read onÂ Poetry Please,Â The VerbÂ andÂ Front Row, and appeared in numerous magazines and anthologies, as well as inÂ The Irish TimesÂ andÂ The Observer. She has published a collection of short stories,Â Rothkoâ€™s RedÂ (Salt), and two novels,Â Depth of FieldÂ (Dewi Lewis) andÂ Girl in WhiteÂ (Cinnamon Press), for which she received a major Arts Council Award. Her third novel,Â Rainsongs, was published in 2018 to great critical acclaim fromÂ The Guardian,Â The Irish Times,Â The Irish IndependentÂ andÂ The Jewish Chronicle, among many others. It is also published by Overlook Press, US, Mercure de France and Yilin Press, China. As an art critic she has written regularly forÂ The Independent,Â Time Out,Â The New StatesmanÂ and many leading art magazines. Her selected art writings,Â Adventures in Art, are published by Other Criteria. As The Poetry Societyâ€™s only Public Art Poet, she was responsible for Londonâ€™s largest public art poem, â€˜Eurydiceâ€™, in the IMAX tunnel at Waterloo, commissioned as part of the South Bank regeneration.