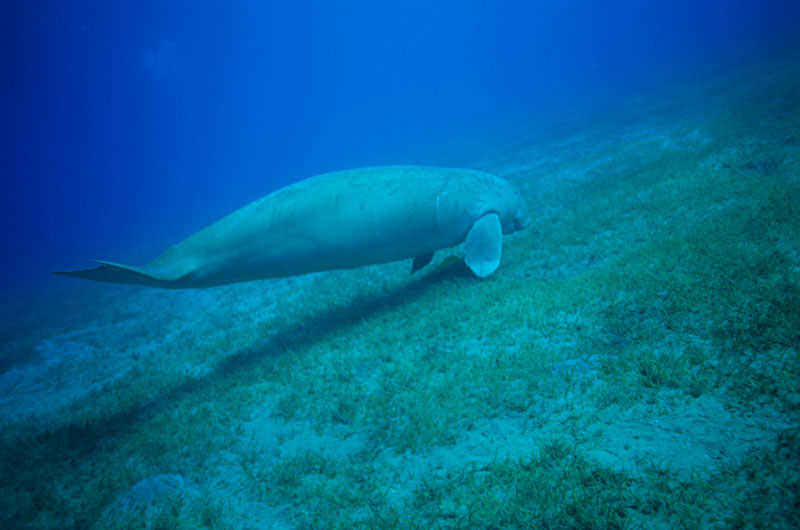 Shovelling up sea grass – lips tactile and whiskery
She feeds alone, unaware of her persecutors
She surfaces every three minutes to breathe

Lumbering and gentle, she cannot see
She forages using smell and her whisker sensors
Through a film of oil sheen

Sheâ€™s listed endangered, and near to death
As her sea grass meadows silt over
Sheâ€™s surfacing every minute now, to breathe
Through a film of oil sheen.

Always a watercolourist, designer and teacher, Marion is a relative newcomer to poetry. Her poems have been published in an anthology, Midnight Skies: Exmoor in Verse (2013), and online with Bardbrain. For five years in the 1970s she lived, worked and snorkelled in the Arabian Gulf; she saw only one dugong then, which had been caught by local fishermen, tethered to a Doha harbour wall and subsequently set free, and realised how vulnerable these strange mammals are.