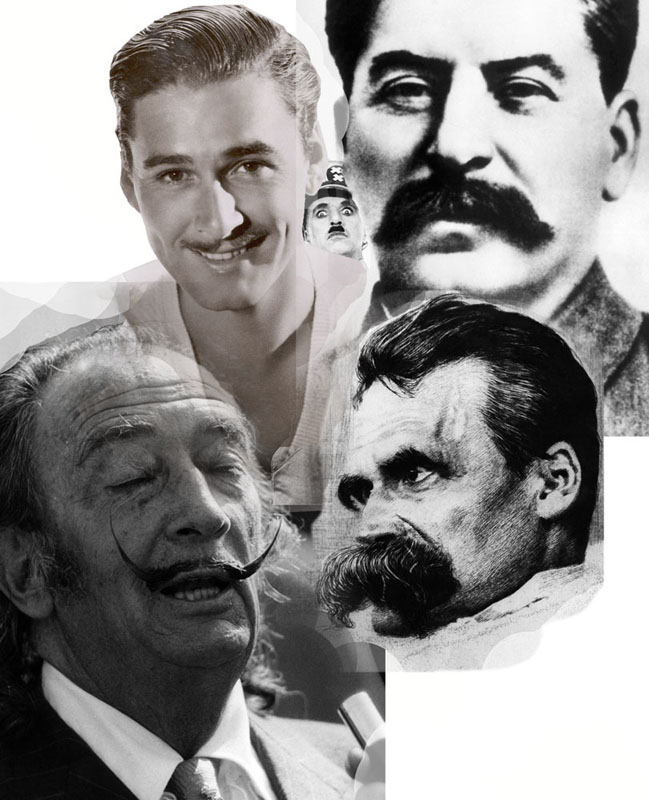 Nietzscheâ€™s entirely covered his lips so
that the black truths that passed them
might be misheard. This was a success.

Stalinâ€™s need speak of nothing but itself
and became the national dish- viz
Trotsky (whose growth was undistinguished)
said reading Stalinâ€™s prose
was like eating chopped whiskers.

Whereas Gableâ€™s was the thin accenting of his
labial charms (see also Coleman, R.; Flynn,
E.), Marxâ€™s (G. not K.), hatched thickly with a
censorâ€™s pen made what was not said imprimis.

Even Daliâ€™s spiral tusksâ€™ obscene frivolity
could not disguise the penny black thatâ€™s at
the heart of every manâ€™s moustache, e.g.
Chaplinâ€™s twitching sign became the stamp
of absolute authority.