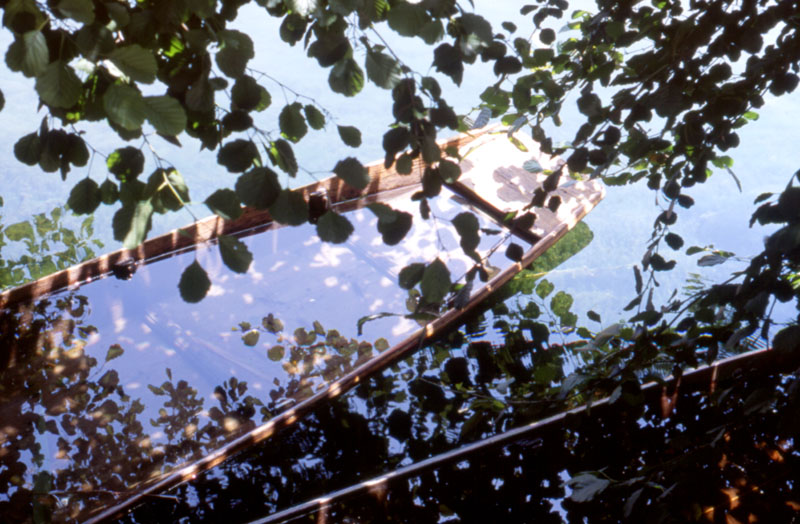 the blue boat half-submerged keeps up

as if itâ€™s a soul drowning as it comes.

There is no leash to hold it to its course;

this plain boat seems to know what

itâ€™s about, which is more than I do,

in the same placeâ€” so full of joy,

there were no words, just an old loosening.

Janet Sutherland was born in Wiltshire and grew up on a dairy farm. She has an MA in American Poetry from the University of Essex. Bone Monkey (April 2014) is her third full length collection. Her poems are widely anthologised: from The Virago Book of Love Poetry and The New British Poetry 1968-88 (Paladin) to The Apple Anthology, Nine Arches Press 2013. Her essay ‘Reznikoff and his Sources’ appeared as an afterword to the recent Black Sparrow (US) and Five Leaves (UK) editions of Reznikoffâ€™s Holocaust.Â  A founder member of Needlewriters writers’ cooperative, she lives in Lewes, East Sussex.