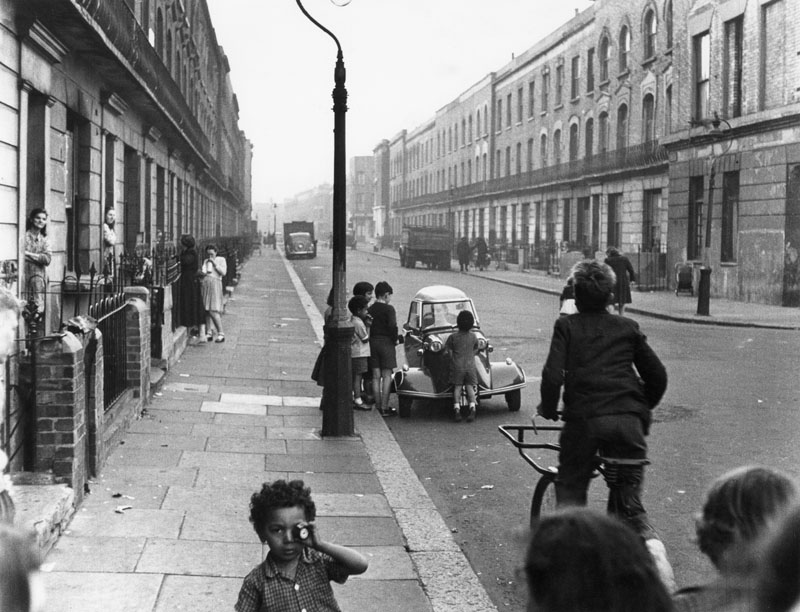 Ten seconds ago this street was their

familiar desert.Â  Then, suddenly, there

were three objects to stare at.

from space.Â  The kids gather round

The boy on the trade bike is as familiar

as the car is strange.Â  Only when he slows

to a stop do they notice him, unwilling to

bike past the strange machine.

But the women at their front doors look

not at the miracle of the car from the moon

but at something stranger still — a man

with a camera at the end of their street!

Only the child in the foreground stares at him,

holds a toy to his eye, photographs him back.