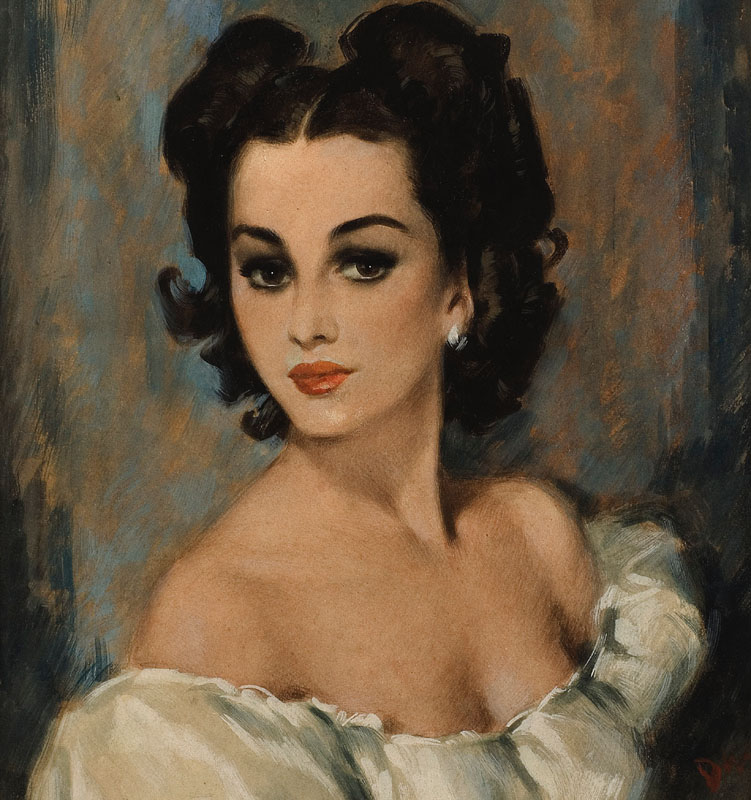 Now that her memory has degraded

Now that her memory has degraded, the daughter

wonders if she overestimated her motherâ€™s beauty.

offer no clues as to her faceâ€™s full potential.

And the portrait taken in middle age to celebrate her

beautyâ€™s climax, is disfigured by melancholy.

Her mother was ordinary until she joined the school

girlsâ€™ crush, as they peeped at her through the stage curtains.

Grew up to be invisible by her side, as men and women

gawped at her in the street like a gorgeous freak.

When paparazzi raised their cameras reflexively at the airport,

it was clear her face deserved a wider audience than East Kent.

Yet her ambition was to â€˜look out her kitchen window

and see a reliable husband digging in his garden.â€™

to her front door, and like Rita Hayworth, she could never live

up to her faceâ€™s promise. She became a sheep in a wolfâ€™s skin

coat trotting down the high street unable to pay the gas bill.

and a wing of 50s movie star eyeliner swept above moss

agate eyes that changed colour with her mood.

Since the housekeeping would never have stretched

to a facelift, the daughter wonders what her mother would

‘Thatâ€™ll be me,’ she teased as they watched Sunset Boulevard,

landslide with a chin hammock and tape behind her ears.

Becoming perhaps the Garbo of the housing estate, or made

Twenty years since the daughter has really seen her motherâ€™s face.

Occasionally her memory is ambushed by the appearance of

Ava Gardner on the TV and she changes channels.

Fiona Sinclairâ€™s work has appeared in numerous publications. Her first published pamphlet was Dirty Linen (2010, Koo Press, Scotland). Two pamphlets followed this: A Game of Hide and Seek (2012) and Wonderland (2013), both with Indigo Dreams Press. Her first full collection is Ladies Who Lunch (2014, Lapwing Publications, Belfast). She is the editor of the online poetry magazine Message in a Bottle.