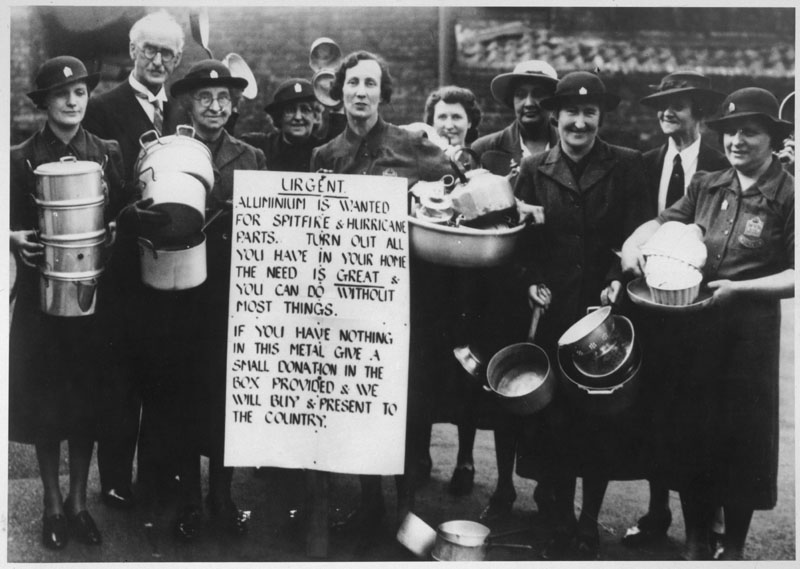 You can do without most things

Declared the women with designs on our spare

aluminium: how many soup pans do you need?

Delve deep in your cupboards, donate to the cause,

learn the art of one-pot meals, placating the men

who still demand their roast and two veg, all scarce

now anyway. Train them to appreciate a simple palate,

your feet, the shiver and scrape of metallic plunge â€“

So bang on your lids, bring out your pots and pans,

in the night, the silent weeping of those left behind.

Alison Hill’s latest collection, Sisters in Spitfires (Indigo Dreams 2015), celebrates the 164 women who flew with the Air Transport Auxiliary during the Second World War, flying anything to anywhere with a particular passion for the Spitfire. The research project was supported by the Arts Council. Previous collections include Peppercorn Rent (Flarestack, 2008) and Slate Rising (Indigo Dreams, 2014). Her work has also appeared in several anthologies, most recently in XXI Century World Literature, published in New Delhi in February 2016. More details at www.alisonhillpoetry.com