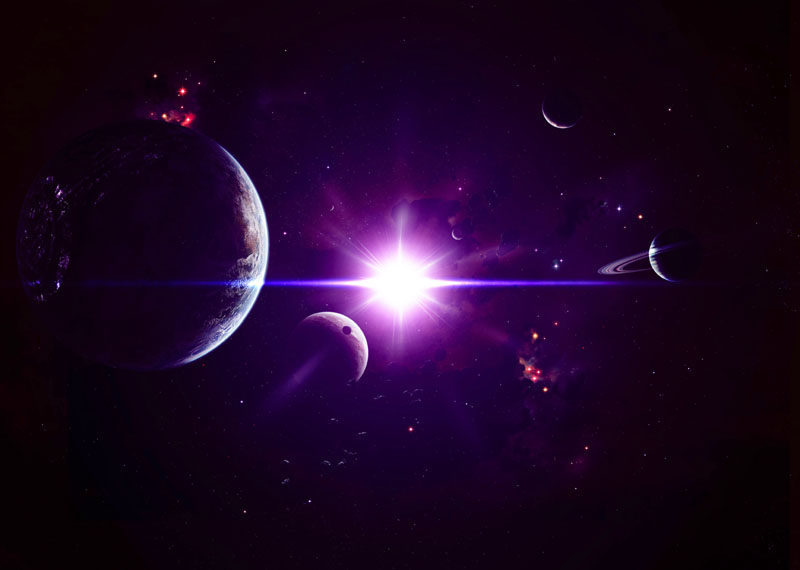 On star charts of the distant Hunterâ€™s Spiral

itâ€™s shown behind a lacewing veil

â€” or possibly shroud â€” beside the red one,

ringed one and ice-clad gas-belching giant.

It holds a special fascination for us here

in the seventh parallel, sat as we are

equidistant from our own combusting sun.

stalked there, weaving this tatty web of ozone.

We suppose they were intelligent.

They knew this was the stuff to shield

them from a barrage of UV rays. The tragedy

appears to be they were too slow, too cumbersome,

– weighed down, perhaps, by those malformed

and overburdened craniums – to finish it in time.

We speculate at what random juncture

their evolution diverged from ours.

The high-res radiograms beamed back

from a passing probe provide no answers –

just trace the last footprints of their civilisations

Emma Simon’s debut poetry pamphlet will be published by The Emma Press in March 2017.Â  She has been widelyÂ published inÂ magazines and anthologies, including The Rialto, The Interpreter’s House and Bare Fiction. She won the Prole Laureate Competition in 2013, and was third in this year’s Manchester Cathedral Poetry Competition.Â  In 2015 she was selectedÂ for theÂ Jerwood/Arvon mentoring scheme.