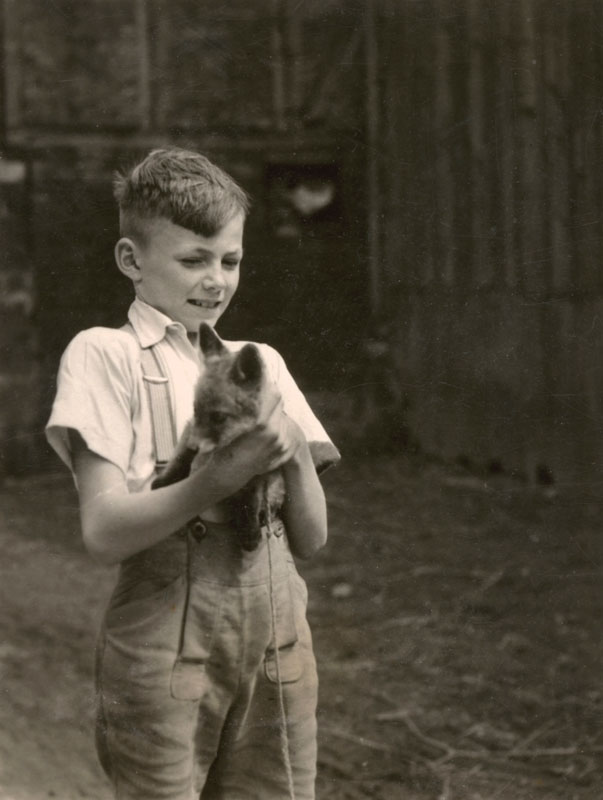 Boy at the Side of the Road

Long after bedtime, a lonely street,

pulls nothing from his sleeve. He shivers

in the coatless summer, is silent,

The terraces rise on each side, unaware,

A city fox slinks from the shadows, checks for traffic

with his coal nose and chalk feet. Heâ€™s stone

legged, petrified when their eyes meet.

a finger out,Â  the fox holds steady. Their moment

seems to stretch for eternity

until a distant holler breaks the vigil

and they revert to their refuge: the fox flies

to shrubbery, the boy scarpers.

The pub sends out its drunks, who scream

and fight. From her window, a geriatric whines

that sheâ€™s trying to sleep. Long after bedtime,

I canâ€™t tell one star from another, wonder

if itâ€™s a different moon shining on the same corners.

Russell Jones is an Edinburgh-based writer and editor. He has published four collections of poetry, the most recent being The Green Dress Whose Girl is Sleeping (Freight Books). He is the deputy editor of Shoreline of Infinity, a science fiction magazine, and is the editor of Where Rockets Burn Through: Contemporary Science Fiction Poems from the UK (Penned in the Margins) and co-editor of Umbrellas of Edinburgh: Poetry and Prose Inspired by Scotlandâ€™s Capital City (Freight Books). He writes YA fiction and has a PhD in Creative Writing from The University of Edinburgh. Russell enjoys White Russians, Twiglets and karaoke.