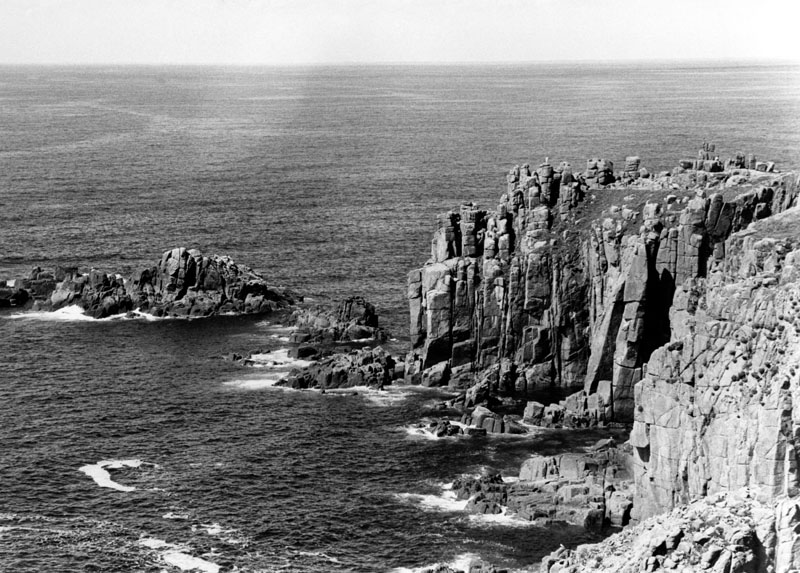 High clouds no heavier than air float out over us

as alien we watch their shadows darkening the miles,

the ocean barely wrinkled from here to where it bends

around into the invisible, each of us alone in the huge

closed circle of his mind and its ruminations, musics

overspreading what is here. Behind us and beyond

are millions of us moving in the chasms of cities

as dust through a great room, each of us a world

with seas and continents and empires of its own,

palisades and fortresses, and wars of every kind

along the avenues over which we move, assured

that our footsteps are singular, separate. But times

such as now between here and the horizon an ocean

says nothing is alienable, says the slow white waves

of ourselves, says the rise and fall of all of this at once

is everything ceaselessly changing moment by moment

in the one long uninterrupted paradise of which we are.

Henry Lymanâ€™s work has appeared in The Dark Horse, The Nation, The New York Times,Â and other periodicals. The Elizabeth Press published two books of his translations fromÂ the Estonian poetry of Aleksis Rannit. He edited Robert Francisâ€™s new and uncollectedÂ poems Late Fire, Late Snow and an anthology of New England poetry, After Frost. HisÂ first book-length collection, The Land Has Its Say, was published by Open Field Press in 2015. He lives in Northampton, Massachusetts.