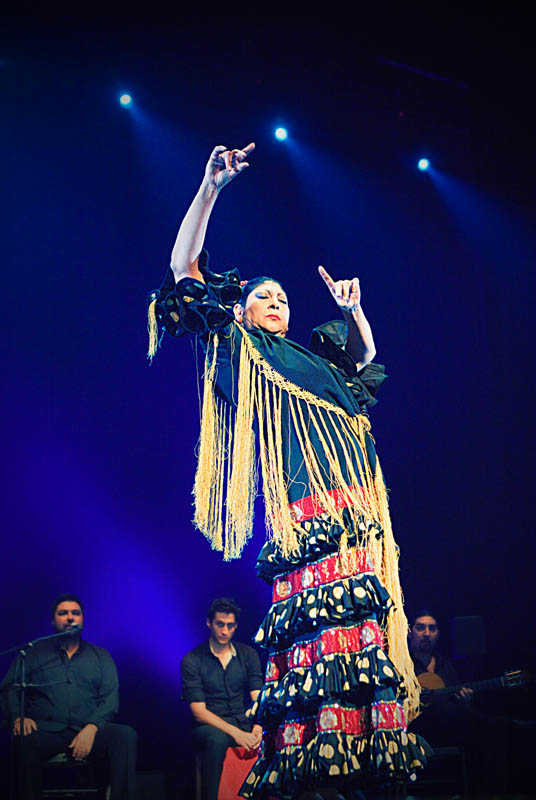 The best dancers are not

with lipstick and scarlet ruffles,

nor the young men who fancy themselves

than rain on a cave roof.

The best dancers are

black-shawled, with castanets and fans,

Their grandchildren have picked our pockets

on the buses near the Alhambra,

and now we pay to see them dance

in the caves of Granada. They lift their skirts

behind them to show clicking heels,

The tourists are herded after the show

into a night of cobbled streets

and white-washed hotels, leaving the gypsies

with hands burning from synchronized clapping,

to paint-peeled caravans in the field

beyond the mountain. Before sleep,

the grandmother sifts her hennaed hair

from tortoise-shell combs, spreads it out

on the pillowed moon. But first,

she counts the coins she earned tonight.

Her feet have turned to rock.

Donna Pucciani, a Chicago-based writer, has published poetry on four continents in journals including Poetry Salzburg, Istanbul Literary Review, Shi Chao Poetry, Journal of Italian Translation, Acumen and The Pedestal.Â  Her work has been translated into Italian, Chinese, Japanese and German. In addition to six Pushcart nominations, she has won awards from the Illinois Arts Council and The National Federation of State Poetry Societies, among others. Her seventh and most recent collection of poems is Edges (Purple Flag Press, Chicago, 2016).