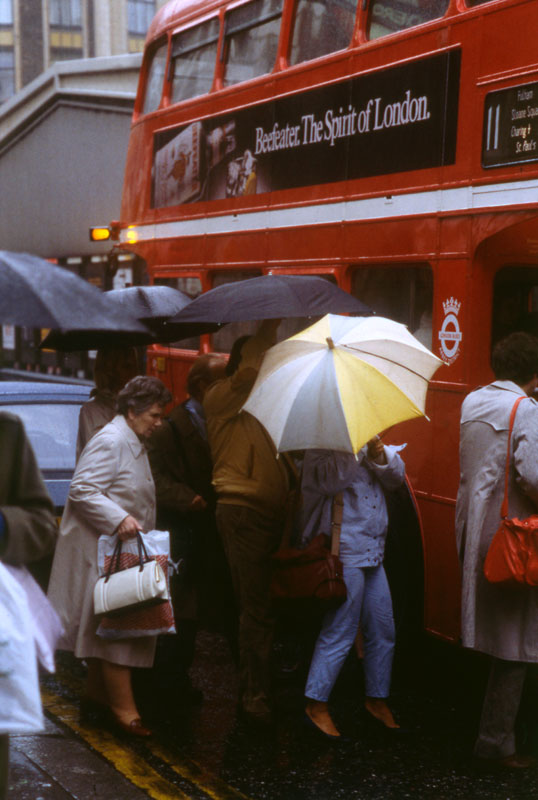 In London town a stranded bus

looks awkward, sheepish, as if itâ€™s woken up

in a Piccadilly Circus nightmare.

then, as if oblivious to fuss pins a note

to the cab door that itâ€™s his bus

and if anyone wants him he can be found

in the cafeteria pretending an unconcern

he doesnâ€™t feel and uploading hot-dogs

than here stuck waiting for an engineer,

the Dales are lovely at this time of year.

A red sea of commuters parts around

in grim determination to board.

Even a bus going nowhere is better than no bus.

Inside on one of the seats is found

a set of prayer beads

Frances Spurrierâ€™s work has been widely published and anthologised, most recently in The Poetâ€™s Quest for God (Eyewear, 2016). Publication credits for reviews, interviews and poetry include New English Review, Wales Arts Review, The Interpreter’s House, Tears in the Fence, Staple, South and Write out Loud. Her first poetry collection, The Pilgrimâ€™s Trail, won the Cinnamon Press Collection Award and was published by them in 2014. She is currently working on a second collection. Her interests lie in the area of the connections between language, spirit and the environment.Â Frances blogs at https://volatilerune.blog