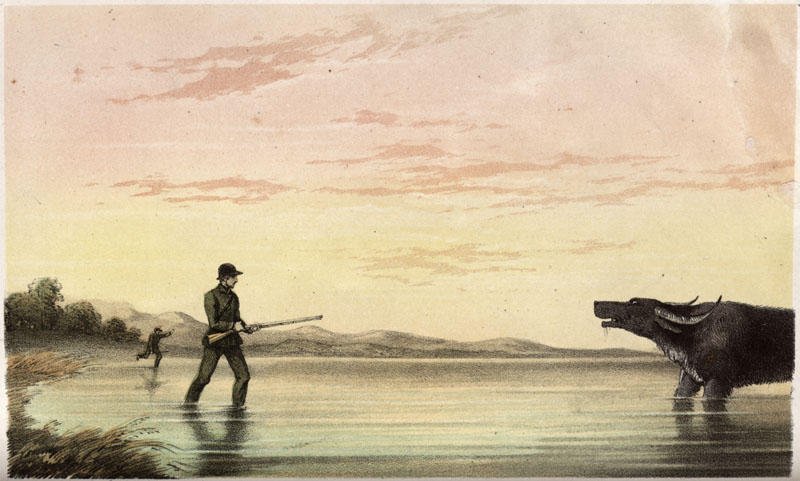 Nuwara Eliya is a town in the mountains of Sri Lanka where Samuel White Baker, artist and big game hunter, set up an agricultural community from where he brutally slaughtered many hundreds of animals.Â  Â

The shore holds no footprints

where the big game hunter

once stood knee-deep in the lake,

its bellowing about to unecho

with its blood in the water.

The sum of the breath

of all the creatures he hunted

on tusk and horn

The prey was the island,

its land a trophy.

in the pestle and mortar of water.

Rebecca Gethin lives on Dartmoor in Devon. She had two pamphlets published in 2017:Â All the Time in the WorldÂ by Cinnamon Press (who also previously published her full collection and two novels) and A Sprig of Rowan by Three Drops Press.Â She has been a Hawthornden Scholar and has had a Pushcart nomination.Â She editedÂ A Poetry of Elephants, an anthology of poems to raiseÂ  money for DSWT,Â an elephant orphanage in Kenya which was shortlisted for a Saboteur Award.Â She currently runs the Poetry School Seminar in Plymouth every month. Her website isÂ www.rebeccagethin.wordpress.com