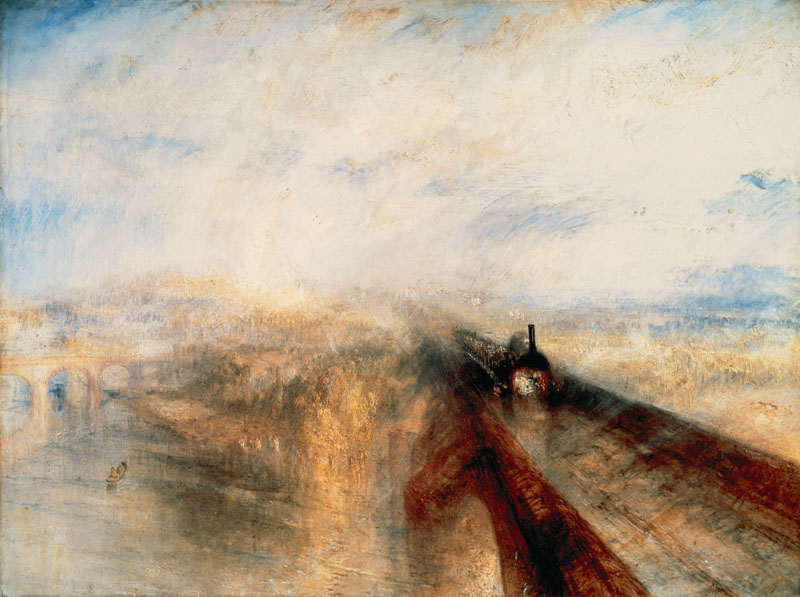 run through the rain as fast as you can

run in a line like the monster behind you â€“

be saved by your speed, little hare

in a moment youâ€™ll jink so that the giant

rumbling by, as blind as Orion

will travel away, way past a hare

one sodden ploughman led by his horses

two men in their boat trying to fish

along with some others on the far bank â€“

none of them noticed. No, no one saw you

not even the man who wanted to,

thrusting his head out of the window

blinded by rain driven into his eyes

straining to breathe through the steam and the speed

to find himself falling back breathless like you â€“

now at rest.Â  No need to run any more

as the rain goes on raining, the river

flows by and the various people

remaining unnoticed continue to do

whatever they do, in no kind of hurry â€“

unlike a train chasing a hare

a little brown hare that ran through the rain.

Richard Westcott (once upon a time a doctor) has had poems pop up in all sorts of places, won a prize here and there, and been listed, commended and highly commended in various competitions (including the Hippocrates, York Mix, Camden Lumen, Plough, and Poetry on the Lake).Â  A pamphlet, There they live much longer, was published by Indigo Dreams in March 2018, and his blog is at www.richardwestcottspoetry.com