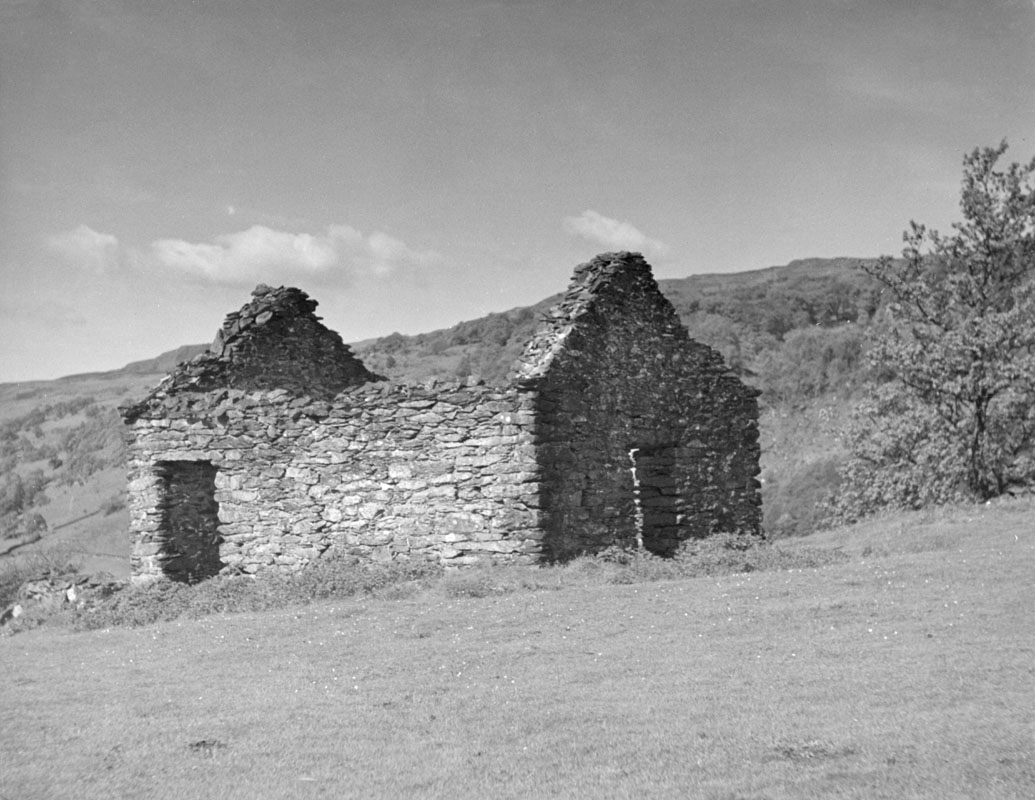 Here in this ruined cottage in the wood

Still stained with smoke that fifty years of rain

Have not washed clean. Two rafters, green with moss,

Crumble between the fallen blocks of stone

That later roots have lifted and thrown down.

All will go under, yet beneath the earth

A thousand years from now, one still could show

The fixed foundations of this family home,

Dig up memorials to love and life.

We’d envy such a child her certain proofs.

Our lives are lived in homes of other men,

Our love, proscribed, can neither build nor breed.

So since we cannot hallow one such place,

Jeni Braund has been writing autobiographical poems since her childhood in the West Country during the 1940s and 1950s, with early titles including â€˜Westward Ho!â€™ and â€˜Child of the Seaâ€™. Her childhood was free of modern-day restrictions, her playground being the cliffs, rocks, and beach that bordered her North Devon village home. Nursing, marriage, family life and a growing faith have also shaped her work, as have her Open University studies in Psychology and Comparative Religion. Her 40-year career in nursing began at the age of 17; during this period death and dying became a specialist subject following a six-week residential course at St Christopherâ€™s Hospice studying under Dame Cicely Saunders. Here Jeni found her teaching vocation, developing courses for professional nurses. Her collection of poems, Heartlands, was published in 2016; all proceeds from the book go to the Anthony Nolan blood cancer charity for their lifesaving work.