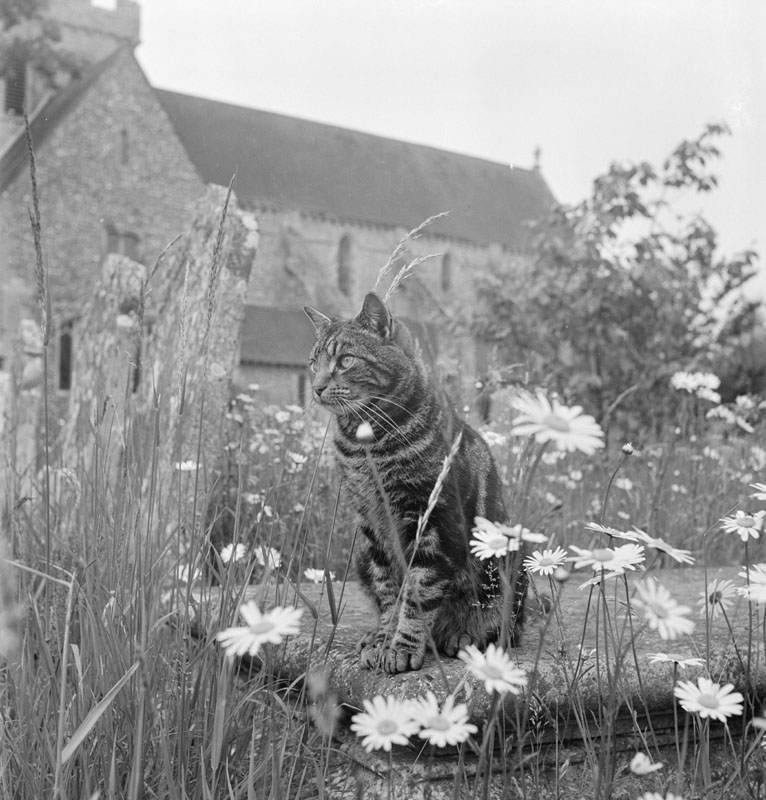 The Sound of Stillness

The good thing about cemeteries

is that there are usually few people around.

Not a soul (is that the right word?)

in the graveyard above St Ives.

Seagulls, and a view across the harbour

and out to sea, with the headstones

noting how many were lost there.

A couple of artists, not surprisingly,

one with a palette and paintbrush to show

thatâ€™s what he did when living.

And we were the only people there.

While below, crowds bustled up and down,

and sat outside the Sloop, and ate

fish and chips from greasy bags,

and watched the surfers on the sands.

But the cemetery was quiet and peaceful,

just a lone cat stalking something

unseen by us, and the occasional rustle

as a light breeze stirred the bushes.