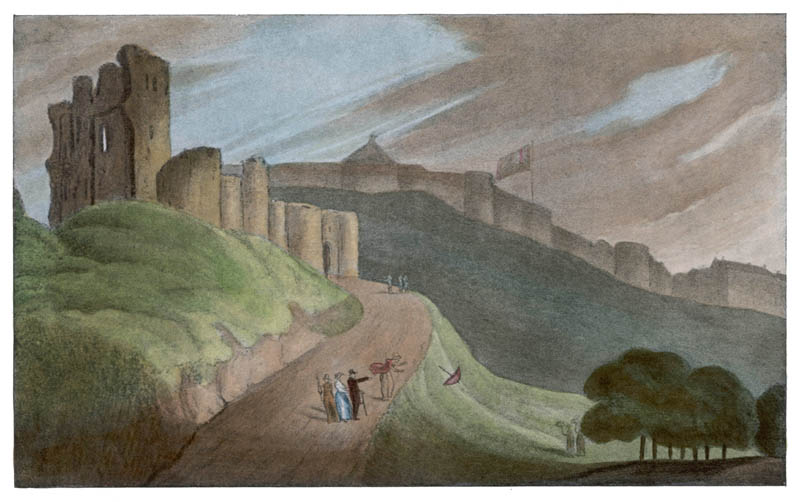 with the old town

and below the walls

on the obedient surf:

Castle hill’s seen it all:

the shamble of serfs,

they’ll dig you up a few

as far as the eye can see —

under one of Hardy’s

looking down at the bay

Mike Di Placido graduated in 2000Â with an MA in Poetry from Huddersfield University. HeÂ has sinceÂ published three poetryÂ collections: Theatre of Dreams (Smith Doorstop, 2009); A Sixty Watt Las Vegas (Valley Press, 2013) and, most recently,Â Crow Flight acrossÂ the Sun (Calder Valley Poetry, 2017) — a tribute to Ted Hughes.Â He has reviewed poetry for The North magazine and acted as theÂ sole judge in bothÂ The Poetry Business’sÂ World Cup Poetry Competition, 2010 andÂ The Poetry Space Competition, 2017. His work has been translated into German and Romanian by the web magazineÂ PoetrypfÂ and has also been broadcast on British and European radio. Mike has appeared at numerous literary festivals and had work published in magazines such asÂ The Rialto, The North, Pennine Platform and Poetry Saltzburg.Â He was shortlisted for The Bridport Prize in 2010. Current works in progress are a full poetryÂ collection; a verse play centred on the malevolent dragon of Old Norse and Germanic myth; a verse memoir of his trial with Manchester United in 1970, and a literary and cultural history of his home town of Scarborough. He lives in the North Yorkshire village of Seamer with his wife and two daughters.