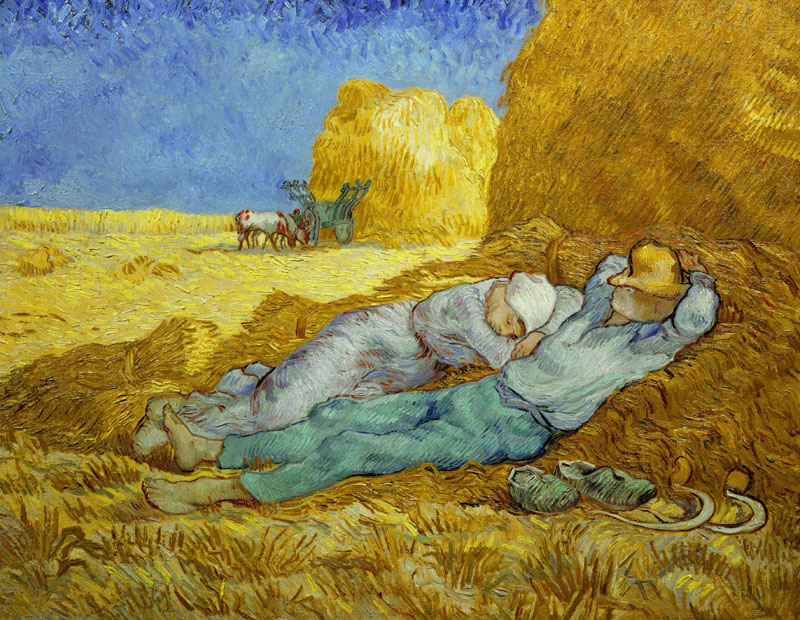 disc above broad fields of yellow.

Half of the dayâ€™s work is done.

She falls asleep, curled by his side.

He stretches up, thinking of the bread

Tired by the richness of wheat, they rest,

two pieces in a puzzle of ancient wisdom.

she had picked the first stems, a fistful,

pleated into a figurine, placed high on the fence

overlooking the fields. She learned it

Mother before mother, back to that first

handful of grain, droplets of milk and honey

spilled in an offering to the Goddess.

After measured strides of the harvest

working in consort under the skyâ€™s eye,

wide open in the expanse of the azure â€“

they breathe the earthy scent of the grain.

silenced by the blades of their sickles.

They moved together, they rest together â€“

blessed by the white gold of silence.

Maja Trochimczyk, PhD,Â is a Polish American poet, music historian, photographer, and author of six books on music, most recentlyÂ FrÃ©dÃ©ric Chopin: A Research and Information GuideÂ (2015).Â Â Her seven poetry volumes include two anthologies, Chopin with CherriesÂ (2010) andÂ Meditations on Divine Names (2011), as well as Rose Always, Miriamâ€™s Iris, Into Light, and two prizewinning books based on Polish experiences of WW2: Slicing the Bread (2014) and The Rainy Bread (2016). A former Poet Laureate of Sunland-Tujunga, she is the founder of Moonrise Press and Board Secretary of the Polish American Historical Association.Â HundredsÂ of her poems, articles and book chapters have appeared in English, Polish, and other languages. She has read papers at over 80 international conferences and received many awards from Polish, Canadian and American institutions, for example the American Council of Learned Societies, the Polish Ministry of Culture, PAHA, McGill University, and the University of Southern California. Â trochimczyk.net