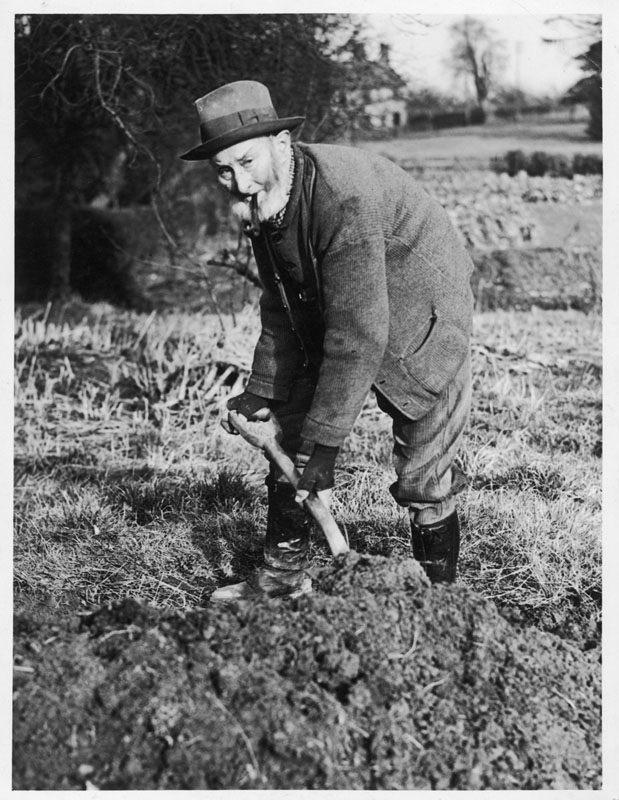 Thereâ€™s redshank growing through the handle

of the spade he gave me, propped

against the garden wall because it proved

too heavy; a manâ€™s weight â€“ the grip carved

for the width of a manâ€™s fingers, the shaft

measured for the length of a manâ€™s leg.

The wood has bleached to grey after

a yearâ€™s abandonment to rain and sun,

the ash grain coarsened and split, the

metal rusted, and the linseed odour

of his garden shed, long gone.

on a card for Fatherâ€™s Day. My careless

weed sprouting where his hand should be,

some of his well-dug earth clinging to the blade.

Kathleen Jones is an English biographer and poet living in the Lake District. She has published three pamphlets of poetry, most recently Mapping Emily (Templar Poetry, 2017), and two full collections, Not Saying Goodbye at Gate 21 (Templar Poetry, 2011) and The Rainmakerâ€™s Wife (Indigo Dreams, 2017). She has also published several award-winning biographies, including Catherine Cookson: The Biography (Time Warner, 2000) and Margaret Forster: A Life in Books (The Book Mill, 2016), and two novels.