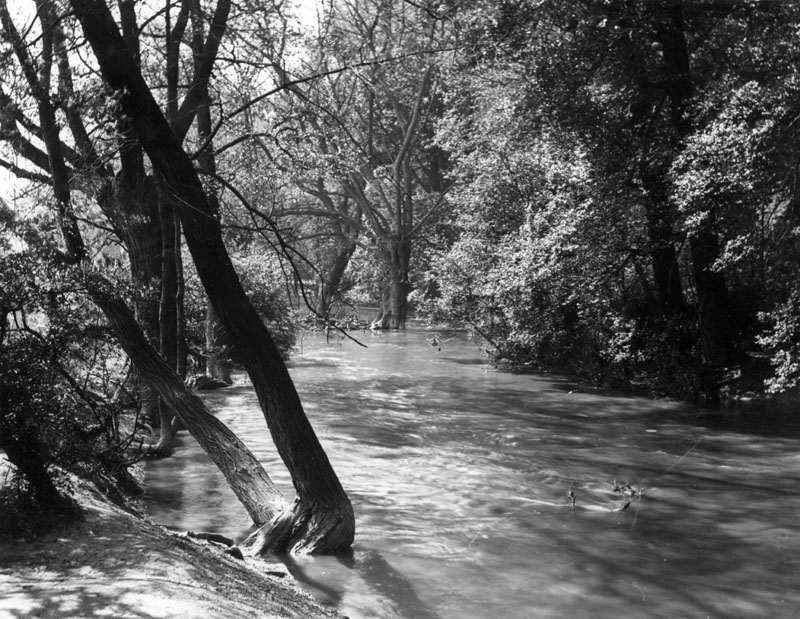 Poem beginning with a line by Denise Levertov

Wanstead drew me over and over into its basic poetry

into its turn the corner of the street expanse

its ground mist broken by the sun

into its gravel ponds

its wind bludgeoning through oaks

with its footballers calling for the pass

its seagulls digging in the studded earth

its mock Gothic spire at the edge of Aldersbrook

its kite flyers and model airplanes

the gall wasps, the spring gentian

with its skylarks playing hideout in the clouds

with its wetness through your toes

with its view of Londonâ€™s stickleback â€“ Canary Wharf, the City and the Shard

its coot and moorhen calligraphy through pondweed

rooks and herons up in island branches

its ticks, its gorse bush poppings

its playground with its goose shit

drew me into its coffee hut, its boundering off the lead dogs

its beech, its fir, its apple

its bluebell woods marked out with log bark paths

its mud oh with its mud

with its rats both dead and alive

its back of the garages guarded by Smartwater

its green woodpecker and parakeets

its walk home from folk gigs with phones as torches

with those two firecrest flaring in the thicket

its purple sun behind the tower blocks

with its end of the street-ness

and the wind changing over and over

Michael McKimm grew up near the Giantâ€™s Causeway, Northern Ireland and now lives in Forest Gate, east London. His poetry publications include the collection Still This Need (Heaventree Press, 2009) and pamphlet Fossil Sunshine (Worple Press, 2013). He works for the Geological Society of London and has collaborated with geoscientists on a number of projects, events and exhibitions, including Written in the Rocks, which was funded by Arts Council England. Michael is the editor of the anthologies MAP: Poems after William Smithâ€™s Geological Map of 1815 and The Tree Line (both Worple Press) and his poetry has featured in anthologies including Dear World and Everyone In It: New Poetry in the UK (Bloodaxe, 2013) and The Future Always Makes Me So Thirsty: New Poets from the North of Ireland (Blackstaff, 2016). www.michaelmckimm.co.uk