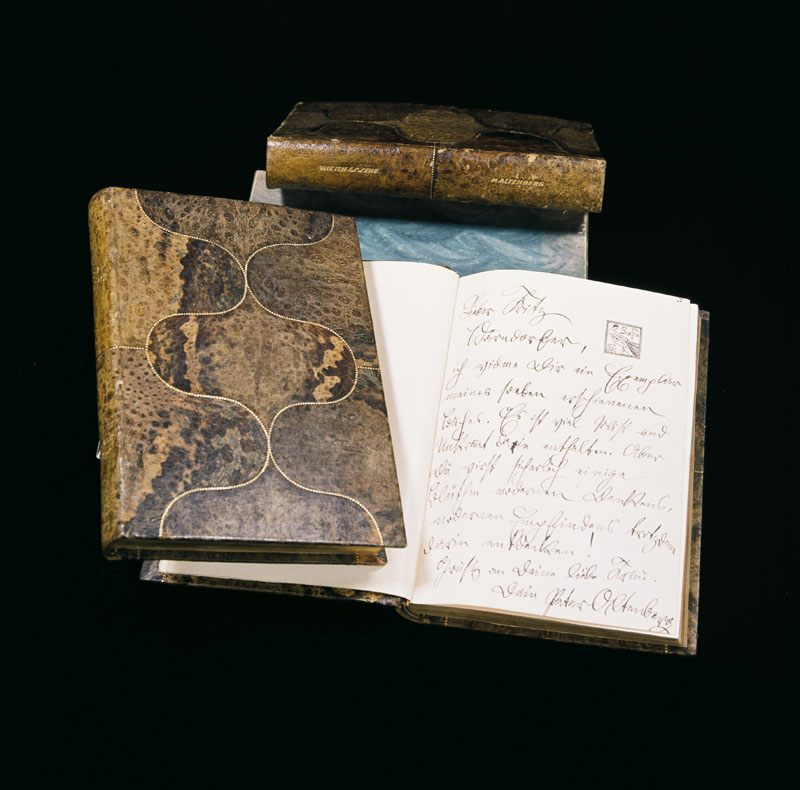 W.J. Seamarks, Signature of Great-Uncle Will, of the Merchant Navy, in his books

They locked you in the carriages till port.

But you had found bound poems with first pay,

you opened up your leather book at sea.

You murmured Shelley, when the wild world fought.

In fear, though you would never run away,

they locked you in the carriages till port.

Sick on the Baltic, you reached Italy,

entranced by Keats. Did hands stroke yours, at bay?

You opened up your leather book at sea

then married my great-aunt, bright-eyed, untaught,

then would not leave your cat to go away.

They locked you in the carriages till port.

Thatcher of barns, you straddled the roof-tree.

Green barley raced like spring tide on that day

you opened up your leather book at sea.

When the black cataracts swept words away

you spoke the best, then gave the rest to me.

Our bodies lock us in. Our minds steer free.

You open up your leather book at sea.

Alison Brackenbury was born in Lincolnshire in 1953, and comes from a long line of skilled farm workers. She now lives in Gloucestershire and has published nine collections of poems. Her work has won an Eric Gregory Award and a Cholmondeley Award. She reviews poetry for leading journals, including PN Review and Poetry London. Her work has appeared many times on BBC Radio, including three recent features on the Radio 4 arts programme, Front Row. Her latest collection isÂ Aunt Margaretâ€™s Pudding, published byÂ Happenstance Press in 2018: a tribute to Alison’s grandmother, ‘Dot’, a Lincolnshire shepherd’s wife who had been an Edwardian professional cook. The ingredients ofÂ the bookÂ include poems, a prose account of Dot’s eventful life and a selection of her superb recipes, both original and modernised. It was the basis of a Radio 4 programme, which was selected as a Radio Times Choice, and included in Pick of the Week. Hannah Copley, in her review in Stand, described it asÂ â€˜a book â€¦ that you want to pass on to friends, share with family, and return to â€“ both for its poetry and for its enticing steamed puddings.â€™ Alisonâ€™s website can be found at www.alisonbrackenbury.co.uk